The Epic Search for a USB WiFi Dongle

A while ago when I was running Mavericks I became intrigued by an external USB WiFi dongle with two antennas (antennae?). Because my Hackintosh setup was in the basement den I wanted greater range and power. A USB extension cord helped extend the range as I connected the USB dongle to it and placed it in the hallway. When Yosemite came around I was in trouble temporarily, as the same WiFi drivers were not working and MediaTek had not updated the drivers for my device for almost two years. Luckily I found alternative WiFi drivers on Hackintosh Zone which worked great. But over time I was having similar dropout issues as before. Even replacing my D-Link DIR-615 router (upgraded to the dd-wrt operating system) to a newer D-Link DIR-605L router didn't help much. If I wasn't having to reset the router and Comcast modem, I would discover that my phone would find the WiFi yet my Hackintosh could not. Instead of ruling out one over the other I chose to replace them both.

But how could I get a better WiFi USB dongle if the drivers for my current device were not working? I wanted the same type of USB dongle or at least something with a replaceable antenna. I went back to the MediaTek website to see the last updated chipset or device and found the MT7610U. When I did a search for "MT7610U" on eBay, only one item appeared.

No luck there, so I returned to the MacBreaker.com page for a short list of the best USB WiFi adapters (http://www.macbreaker.com/2013/08/the-best-usb-wifi-adapters-for-your.html). The unofficial driver links took me to Hackintosh Zone. I had already downloaded the drivers from that site and was using those. The links to the official drivers took me back to the MediaTek page and a 404 error: 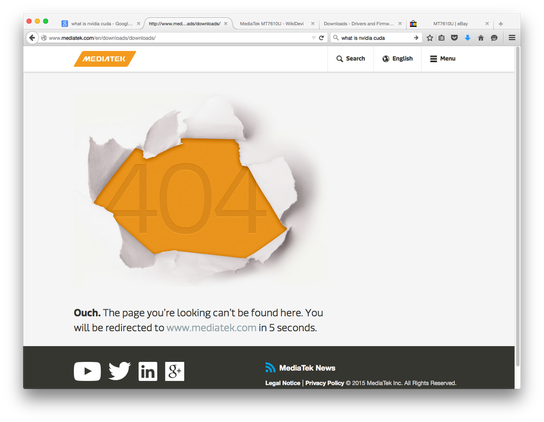 I remembered that the MacBreaker page also had links to WikiDevi (https://wikidevi.com/wiki/Main_Page), a Wiki-type page for computer hardware. I typed in the recently updated RaLink/MediaTek driver, MT7610U, and found an assortment of devices. 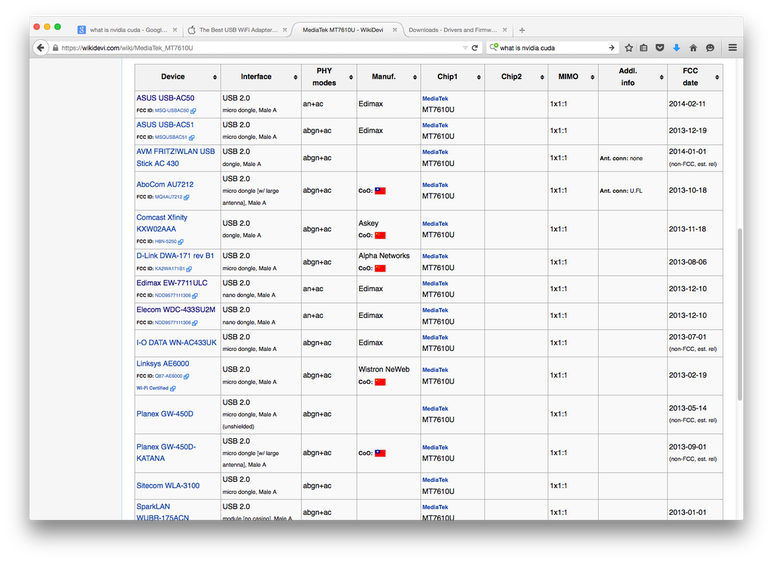 I went ahead and started an eBay search based on the products from the WikiDevi page, but most of my findings were smaller, nano-based devices. While i was happy hat they would work with the Mt7610U chipset on a Mac, they were all 802.11ac devices, faster than the existing 802.11n devices. Then I thought, "What if I do a search for popular name-brand WiFi adapters? They'll most likely have Mac drivers because they're name-brand." So I did another eBay search for "802.11n USB". To get the best results I sorted by Buy It Now, Price Lowest to Highest, item within US only. The results showed mostly no-name and low-name brand items with the name-brand items being refurbished. . my next thoughts was, "How much more would 802.11ac adapters cost over 802.11n adapters?" To my surprise they were around the same price or a few dollars more than the 802.11n devices! The next obstacle was finding the ones with current drivers for OSX 10.10.

The next eBay search was "802.11ac USB". The results included an adapter by Netgear, but a closer look at their website showed no Mac drivers for any of their WiFi adapters. There were other good results on eBay but nothing desirable or anything that had a removable antenna. A few sellers were offering a D-Link refurbished adapter, but it did not have a removable antenna. Perhaps I didn't need an adapter with a removable antenna and could just use my existing USB extension cable to keep the adapter closer to the router. 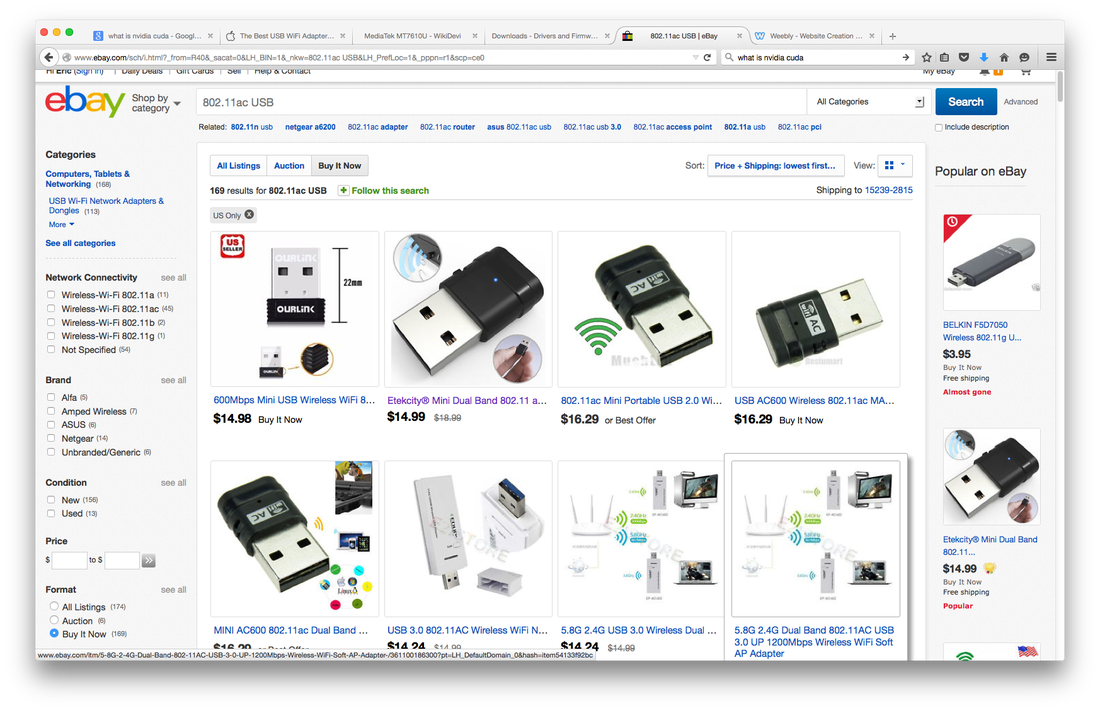 Because I felt the need to replace my router, I was doing price comparisons for routers on eBay and Amazon when I found a good TP-Link within my budget. The price was a few dollars shy of qualifying for free shipping. I needed SATA cables but decided to check out their 802.11n USB WiFi adapters too. I spotted an Edimax 802.11ac adapter for a decent price. If it didn't work with Yosemite I figured $15 was no big loss. A quick jump to their product support page displayed drivers for OS X 10.10 (Yosemite!), so I went ahead and bought it. With the free shipping I discovered that I had a $24 credit to my account from buying my video card using my Amazon credit card! Double Score!
A few days later I received the items. The TP-Link router was super-easy to set up, and the web-based interface was well laid out and easy on the eyes. Because it was a dual -band router I set up the original network name on the 2.4 GHz band and a modified network name on the 5GHz band. This made it easier for me to tell which devices in the house supported the better 5 Ghz band. Total setup took around five minutes. I also received my USB WiFi device, an Edimax EW-7811UTC AC600 Dual-Band USB Adapter: 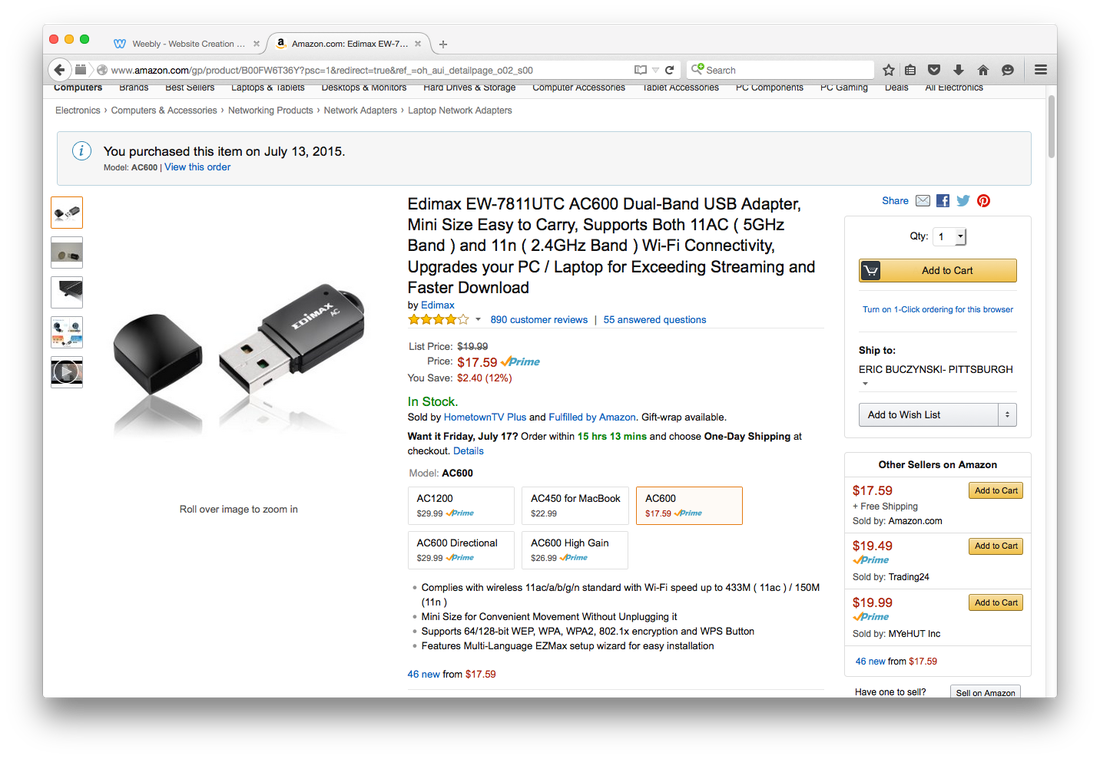 I downloaded the drivers earlier to save myself time having to download them later. The instruction book was very small, almost impossible to read because of the small text. However, the instructions were to uninstall old drivers first, (I removed the old kext downloaded from Hackintosh Zone and the fake D-Link preference pane, then rebooted), install the drivers next, then connect the WiFi dongle during rebooting, which I did. Driver installation was a cinch, then I came to this part: 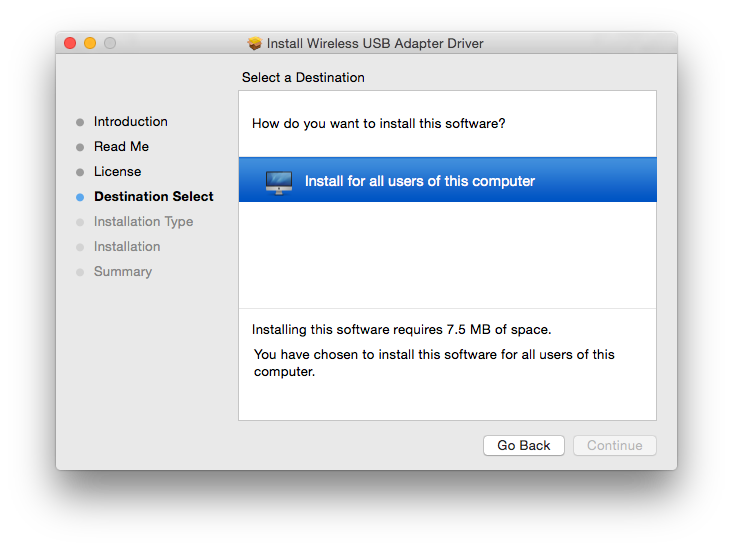 Similar to Windows, these prompts request your selection regarding if the program to be installed is for all users or the currently logged user. The item itself is highlighted, so the "Continue" button on the lower right should not be greyed-out, right? Wrong. I had to click on "Install for all users of this computer" to enable the Continue button. On the next screen I saw that options were available, so I clicked on the Customize button to check them out: 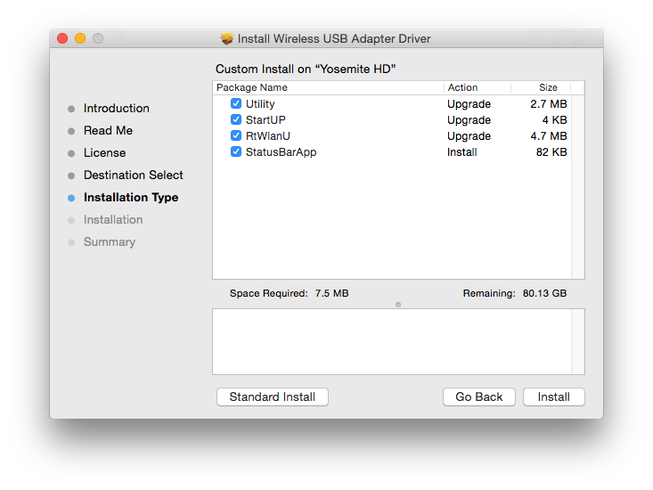 This gave me insight as to what to expect regarding Preference panes, apps, or what have you. I installed the drivers, adhered Velcro to the back of the adapter and stuck it to the the Velcro on the wall, attached it to the back of my Hackintosh, then rebooted. I was presented with a nice, easy layout: 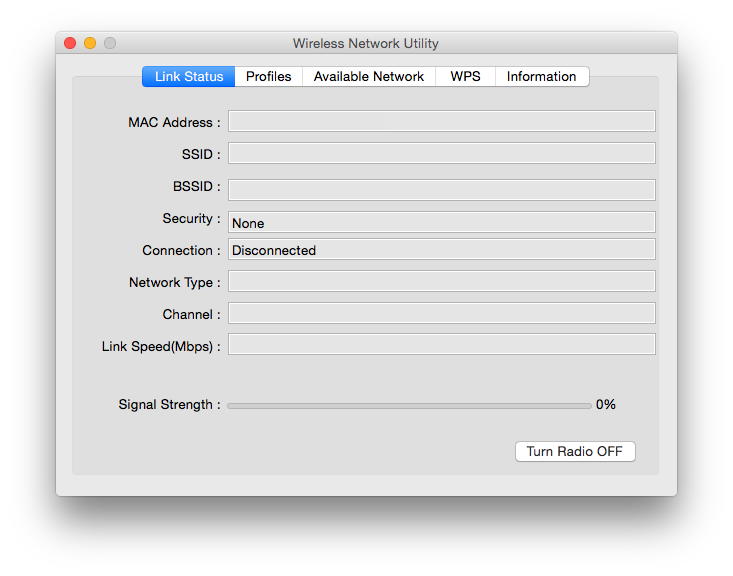 The layout was different than other RaLink WiFi apps used in the past, but it had similar features. I clicked on the Available Network tab, selected my local network, typed in the password, and connected almost instantly. I then saved it as a profile to make reconnecting easier. The Edimax WiFi adapter also had its own entry in the list of networking devices in the Networking pane! 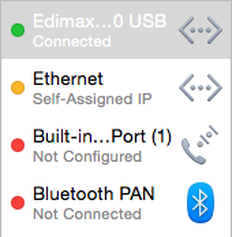 It did not get its own preference pane in the System Preferences window, but it did place a new Application called "Wireless Network Utility" in the applications folder. When I rebooted the machine again, the Wireless Network Utility activated upon started, checked to ensure my network was running, and connected to my home WiFi network in a few seconds!
Powered by