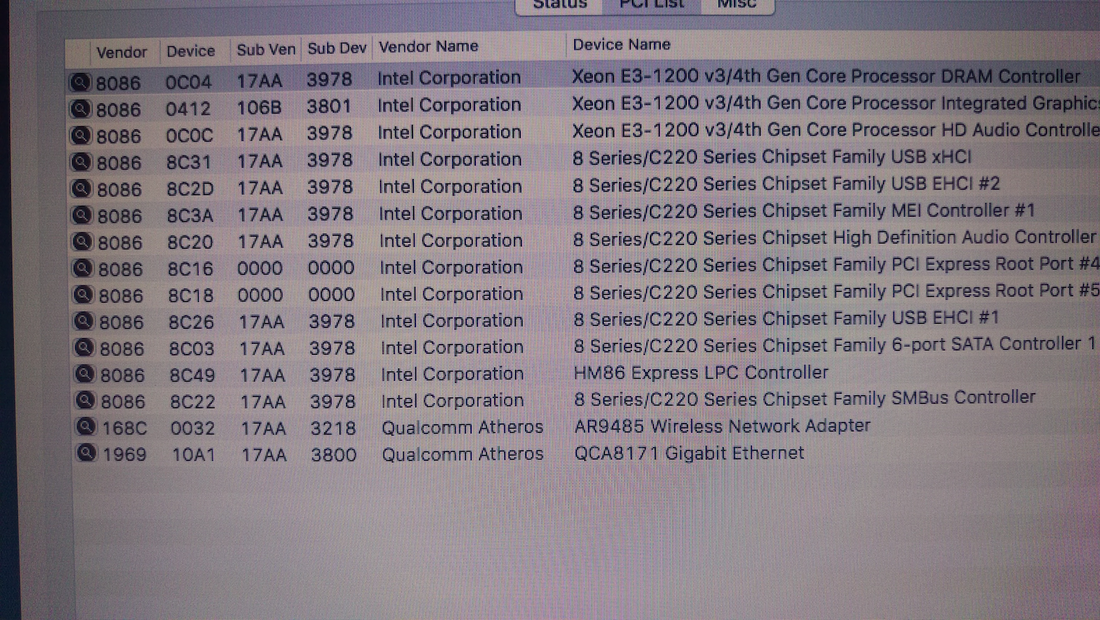 My most recent purchase is a Lenovo Y510p Gaming laptop I picked up for a little under $300. While I'm still getting things ironed out, I had difficulty attempting to get the information regarding what audio and networking variants were being used.

Typically when researching laptops and desktop motherboards the manufacturer's web page would list the specific details regarding the type of audio and networking names and models being used (Atheros 8495, Conexant 10879, etc). The web page of this particular model was more secretive, so my only solution was to do more Google searches on trying to find the exact kexts needed. However, a Reddit user pointed me in the direction of DPCIManager (link is here).

This helpful little program detects what hardware is being used for the particular model it is being run on. In the photo above it detected that my Ethernet model was a Atheros QCA8171 while the built-in WiFi card is an Atheros AR9485 card. If you're having difficulty getting information on your hardware, DPCIManager will be a huge help.
Powered by